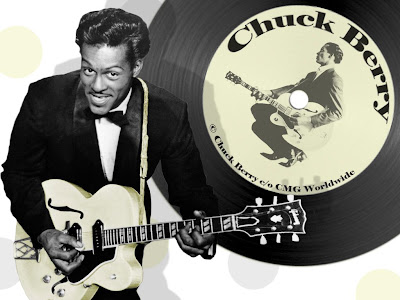 He continued with his music tours, all alone. He kept performing with any indifferent troupe that came his way, with disastrous consequences to his reputation! Still, the crowds of fans kept storming his events to just get a glimpse of this super star of international fame. It is said that he had always resorted to every trick of trade to collect money and not let it go out.
He had held a huge musical event in White House in 1979 at the request of President Jimmy Carter, who was his ardent fan. Within a few days of this event he was arrested again. This was for cheating the Government of Income Tax that was not paid for many years. He was sentenced to 4 months in prison and additionally 45 days of social service. During this period of social service Government arranged for over ten musical events. The proceeds of these events were appropriated by the Government towards the penal amount due from Chuck Berry! Chuck Berry continued to hold over 100 music events every year banking on the fame of his songs.
In 1990, it was discovered that the women’s toilets in the restaurants owned by Chuck Berry were fitted with hidden cameras. 59 affected women went to court against Chuck Berry. But they were not able to prove that he did it. But he spent hundreds of thousands of dollars to pay compensation to those women to mitigate this new blemish in his reputation. An obscene video was put on sale everywhere with the claim that he performed in it! But it was never proved that it was he who was on tape.
In a subsequent sudden raid by the Police Department on Chuck Berry’s residence they found a little grass and drugs, some weapons and obscene video tapes of young girls below the age of seventeen. He was sentenced again and a fine of 5000 dollars was levied as well.
In the year 2000, Johnny Johnson, who was the first one to get Chuck Berry to sing and who later served in Chuck Berry’s troupe as a pianist, went to court against him. He advanced the argument that he too had worked in the creation of over 50 songs of Chuck Berry like ‘Roll Over Beethoven’ and that he had received neither money nor credit for it. But he could adduce no proof for his claims. Court dismissed the claim ruling that there was no basis for the claim raised after 40-50 years of the event. Johnny Johnson passed away within two years after that.
Every person lives with his very personal and secret thoughts.  Who else can tell what he had thought or done in his secret and personal moments?  Psychology says that criminality is a human trait. Man escapes indulging his criminal thoughts because of the social and personal obstructions that happen on a day to day basis. Chuck Berry has spoken very little in his public life. He has never spoken about the dark recesses of his mind. He had neither shown excessive pride in his successes nor publicly displayed his disappointment over his failures. He made no effort to deny or justify the charges leveled against him before the people!
He had remarked, just once: “I am not a very great person. Money was always important to me. My dreams were always about land, home and valuable possessions. But whatever I did, I made the effort to be whole-hearted. I might have failed in the effort many times. I had no part in many of the crimes I am supposed to have committed after I became popular. When millions loved me, it is quite possible that a few thousands hated me intensely.” Chuck Berry’s obsession with money and possessions must have been reflections of his early life where he had no right to anything.
At the ripe age of 82 he undertook a music tour of many European nations. Fans flocked to his events to see him even though he was in no great shape to sing. He fell, tired, on the stage during a New Year Eve’s show. Today, at 86 he still performs a few nights every month in a night club named Blueberry Mountain in his native place. Nobody has to pay money to listen him singing now! Chuck Berry, weighed down and fatigued by his age plays on his guitar and makes the effort to sing in a low sunken pitch.
Go Johnny go… Johnny be good!
Posted by SHAJI at 10:53 AM