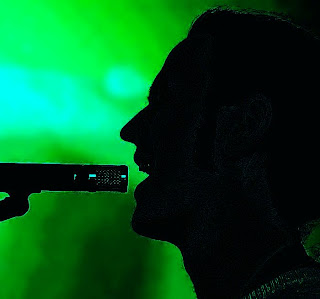 In the early nineties curfew and booze prohibition were the two complex social problems of Hyderabad city. There I was the coordinator of a western music band. Name of the band was ‘Curfew’! Suddenly the flow of liquor dried up. That meant no floor shows and no scope for live western music. Our troupe almost disbanded.

After a long gap, with great difficulty and much toil, I got hold of a chance to light up with music the New Year celebrations of a five star hotel. There were not many days left for. The band had to be put together by assembling musicians who had gone their different ways. Somehow, most of them came back. Except Mario, the lead singer without whom there could be no band. There was no information as where he had gone. Some people said that he could have left the ‘dry’ state for ‘wetter’ pastures. After an intense search, it became known that he was in Bidar in Karnataka. He worked in an English medium school as a music teacher. He was in a ‘wet state’ indeed!

I got down at Bidar on a sleepy December afternoon in search of Mario. I came to know that he was staying in the school hostel. School was on a weekend holiday. It was days since he was last seen. I kept making rounds of the empty school playground in the hope that Mario might come to his room at least at night. It got dark, but no sign of Mario. Dispirited, I turned back to the poorly lit gateway of the school. As I crossed the door, I saw in the darkness something like a packed sack collapsing. It was Mario in flesh and blood and liquor. There lied the biggest Anglo-Indian singer I have ever seen in person!

I woke him and stood him on his feet. Seeing me, he was overwhelmed. In the potent mix of intoxication and emotion, he kept calling me by a long list of ‘names’. He ‘took’ me to his room with a great sense of elation. It was ‘royal living’ with a ‘bath attached’ single room, he assured me. He danced around the room shouting to me about his hatred for the music-less and liquor-less Hyderabad. And then he proudly showed me his open cupboard. One side was full of quarter bottle rums, some half full and some three-quarters full, but none unopened. He shouted in happiness, “Hey, just look at my bar”.

The other side of the cupboard had the ‘hot’ pages of Debonair Magazine emotionally stuck to each other. On the top were the pictures of Mother Mary and Sacred Heart of Jesus. Below them were a number of half-burnt candles. “This is my God…Mother Mary full of grace…” A short prayer and he kissed the pictures. Beside the god pictures I saw pictures of two more persons. Clean-shaven faces...Big sideburns....One was Elvis Presley. “See the King...” Mario burst into an Elvis song, “You’re walking like an angel...”

I did not recognize the other face. Mario pointed him out and said, “He is the super star of love songs! He is my favourite singer! He is our man......An Anglo-Indian singer like me! Engelbert Humperdinck!” He straight away started singing, “Ever and ever for ever and ever....” As he sang the song, he collapsed into the bed. His voice faded to blabbering and he slept.

The New Year show was a great success mainly because of Mario’s fabulous signing. Most of the songs he sang that day were Engelbert’s songs. Mario had immeasurable love for Engelbert. He saw himself in Engelbert. Mario could have become a great singer like his Idol but few yers ago when Engelbert was touring India in his seventies to great fanfare, Mario in his 48th year was lying in a public hospital in Hyderabad badly gone with his liver damaged.
I do not know whether he was aware of Engelbert’s arrival in India.
I do not know where he is now....
Posted by SHAJI at 9:51 PM