A R Rahman - A Golden Globe for us 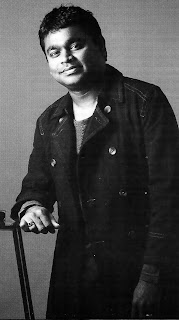 When he proudly held the trophy of Golden Globe Awards on January 11, 2009 at Beverly Hilton Hotel in California, it was a great moment for the Indian music which got its due for the first time in an international platform. Finally Rahman made it for all of us.

A R Rahman is the first Indian to gain this award after 66 years of its beginning. Started in the year 1944, the Golden Globe is one of the international Awards most respected in the field for excellence in film and television. Rahman won the Golden Globe for his score in the Hollywood film Slumdog Millionaire directed by the British film director Danny Boyle.

I regard this award as the due identification of the musical versatility and the great consistency of Rahman’s music from his days of Roja in 1992. Soft romantic melodies, songs based on Indian classical and ghazal, techno songs of foot-tapping beats to the current Hip-Hop, he did it all in the Indian popular music. Rahman was always in the mode of innovation with various instruments and sounds to create some of the most popular songs of Indian film music during the last 18 years.

Currently he is the only Indian composer internationally well-known with his earlier scores like Bombay Dreams. But it is his work in the ‘Slumdog’ which made him a favourite of the Western critics of film music. Rahman also had been called the best composer at the Critics' Choice Awards in Los Angeles last week.

Presented each year by the Hollywood Foreign Press Association, The Golden Globe Awards are considered as the closest stage for winning the Oscar Awards, the world's top movie awards which is going to be announced in February.

A R Rahman has all it takes to be the first Indian to bring home an Oscar for music. Congratulations for the Golden Globe and all the very best for the Oscar, Rahman. You make all of us feel very proud!
Posted by SHAJI at 4:22 AM