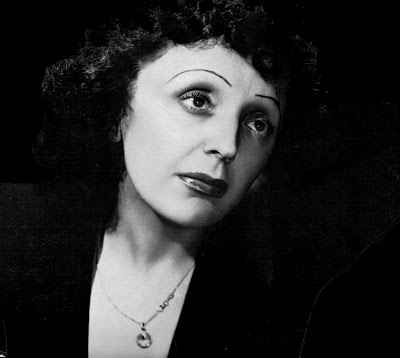 No music instrument can reproduce the kind of music that raises emotions and melts our hearts like the human voice. No instrument of music that is either stronger or more ancient than the singing human voice and nothing can stir us like a great singing voice. Edith Piaf, a singer from France, is the owner of one such strong and soulful human voice of all time.
One can say with confidence that Edith Piaf is the best example of a status where the singing voice becomes more important than the composition and the lyrics. Hers was the voice which frontline composers and lyricists waited for. In her time, the ultimate dream of every French lyricist was that Edith Piaf should render his or her poem in her soulful voice. Edith Piaf was the cultural emblem of France and personification of music in Paris, where she lived.
Piaf is a name that stands for the little sparrow. She was small made, standing to a height of barely four feet and eight inches. But no pop singer in France has ever reached half her height and stature. The most famous of all music artistes that France had ever created, the name of Edith Piaf has been even given to a planet in the Milky Way! 3772 PIAF.